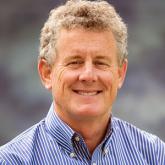 Sam has been Chairman and Principal Shareholder of NorLand since 1989 and is the President and Founder of Innovex Equities Corporation, an investment and acquisition holding company.  Sam was formerly the Chairman and Principal Shareholder of Versacold Corporation - the second largest independent cold storage logistics company in the world with 85 locations globally when it was sold in 2007 - and of Preisco Foods and Tier One Sales, industry leaders in Western Canada for wholesale grocery distribution and food brokerage, respectively, when they were sold in 2001.  Prior to 1985, Sam was one of the first employees of Intrawest Corporation, a leader in experiential destination resorts, serving as Vice President of Corporate Development until his departure to found Innovex.  Sam has been a member of YPO / WPO since 1993 and was Chairman of the Saint George’s School for Boys Foundation Board for five years through 2012. 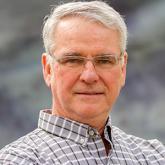 Dale has been with NorLand since 1971 when he and his two brothers, Dennis and Brian, purchased Pacific Blasting Co Ltd.  Dale worked his way up from being a controlled blasting specialist to serve as President of NorLand for 28 years, becoming Vice Chairman of the Advisory Board after stepping down in 2016.  His invaluable experience working in the field and leading NorLand's diverse businesses allowed him to serve as Chairman of the Construction Labour Relations Association for 4 years.  Dale has also served on the Board of Directors of Skillplan (BC Construction Association Skills Improvement Council) and the Labourers Training Plan.