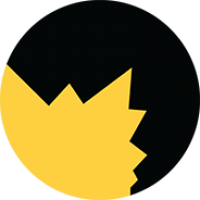 On Saturday April 4, 2015 Pacific Blasting & Demolition Ltd. helped the Artificial Reef Society of British Columbia (ARSBC) create valuable habitat and a dive attraction designed for all skill levels with the sinking of the HMCS Annapolis.

HMCS Annapolis was an Annapolis-class destroyer that served in the Royal Canadian Navy and later, the Canadian Forces.  Leading up to the sinking, the Annapolis was meticulously cleaned of hazardous and pollutant materials in compliance with federal regulations and an estimated 250 tons of materials (almost everything but the steel hull and aluminum super structure) was recycled.

Annapolis is the most comprehensively prepared naval ship in the ARSBC's fleet of underwater dive attractions, designed for all diver skill levels.  The ship has over 40% more external habitat surface space than her previously sunk sister ships because of a number of external features which include overhead swim through companion ways, a helicopter flight deck and hangar, and an exterior bridge.

A large number of photos including examples of undersea life and previous projects can be found on the ARSBC website at www.artificialreefsocietybc.ca/