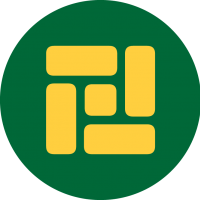 Scuttling of the HMCS Annopolis

It has been nearly seven years since Pacific Blasting & Demolition took part in the deliberate sinking of this former Canadian Destroyer. Sunk on April 4th 2015, there wasn't much excitement around this project at the time, but the footage from it is incredible to watch, and it really deserves some attention (Jump to about 0:56 if you just want to watch the explosion).

The HMCS Annapolis was commissioned in 1964 and built in Halifax, and was hailed as one of Canada's most modern naval ships for the time. She served until 1989 and was then transferred to the West Coast and then eventually decommissioned in 1998. The Artifical Reef Society of BC won the bid and planned to use the ship (once cleaned up) as an artifical reef habitat for rock fish and ling cod, whose populations were declining. Her final resting place is in Halkett Bay, just off the coast of Gambier Island. You can read more info about the original sinking at ARSBC here.

In June of 2021, ARSBC finished the Annapolis Biodiversity Index Study (ABIS), and found that "all marine phyla found in BC waters are represented on Annapolis", making the project a huge success. It also serves as a destination for hobby divers. The study linked includes a number of fasicnating photos of current wildlife.