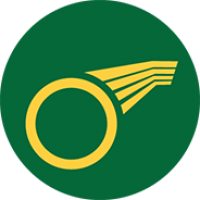 On August 31st, John Warner, a 17-year employee with BEL Contracting, will retire. John’s held a variety of roles with the company over the years – including Project Manager, Estimator, Design Build Consultant, Claims Preparation and Field Supervisor – as well as acted as a Health & Safety Representative and alternate for Manager’s Meetings.

Prior to joining BEL in 2000, John spent 20 years in the industry as an owner-operator of his own contracting business. John’s first interaction with the organization began in 1982 when he worked on a Quadrant Development site in West Vancouver with Cory Goumans and Phil Ansel of Pacific Blasting. In the years following, he was introduced to Dennis Bekar (President of P.B. at the time), and then Dale Bekar (subsequent President of P.B.) who some years later recommended hiring John.

During his time with BEL, John has been involved in a myriad of successful projects, including Culliton Creek Highway Improvements for Ministry of Highways, Black Creek Watermain for the District of West Vancouver, Golden Ears Bridge Roadworks Construction South Side for Bilfinger Berger, and Facilities Upgrades at Shellburn / Burmount and Bare Point for Shell Canada, among others.

John has a Douglas College Diploma, a Quantity Surveyor Certified Estimator Construction Designation, and his Blasting and Power Squadron Certificates.